‘Abu Ward − whose name means “father of the flowers” − nurtured and tended to the plants that flourished under his care even as Aleppo and its inhabitants continued to die around them. “My place is worth billions of dollars” he told a video journalist for NBC News.  “I own the world! We ordinary people own the whole world!” he said with a smile.

Six weeks after the filming of the NBC News video, Abu Ward was killed instantly by a bomb dropped near the living oasis he had refused to abandon.

The garden center is now closed and the beacon of light and hope that used to emanate from it has now been covered by the same shroud of death that has covered so many in this dying city. 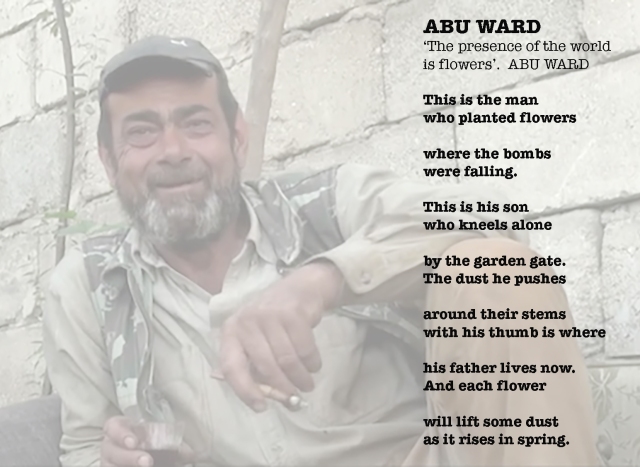