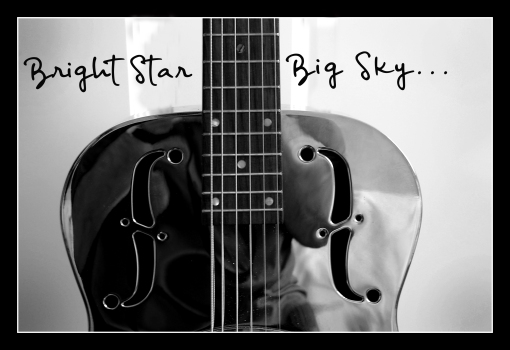 As we move deeper into the 21st century there can be few across the span of generations whose lives have not been, or are not now, touched by that broad musical genre whose pan-cultural influence has been an integral part of our lives at least since Philip Larkin’s identification of the year 1963 as its prima causa. ‘Let me tell you, baby, it’s called rock-and-roll’, this nomenclature widely attributed to Alan Freed in depiction of the rhythm-and-blues he played on the Cleveland radio station WJW.

But it was the advent of the Beatles and their darker alter egos the Rolling Stones that ensured that none should easily evade the social declassification, the stylistic innovation, the sexual liberation and the powerful notion that anyone can dance that so swiftly followed. And nearly 65 years from Lonnie Donegan’s presentation of the guitar as an instrument across which anyone could finger three chords, only advances in technology have modified to any degree the original template: still the guitar is the weapon of choice and still it is the man who wields it with a will who is the warrior hero.

Since the potency of rock-and-roll derives from its synthesis of lyric, melody and instrumental delivery, attempts in fiction to cast a net of words over the process have, in general, delivered little more than arid analysis or histrionic reportage. As far as I’m aware, poetry has, by and large, left the territory unexplored. So my desire to try to write a sequence of poems about an individual musician’s experience of the suffocation of creative endeavour by the payload of commercial and cultural overlay that is so much a part of the phenomenon seems ill-advised, even a tad arrogant, so many having failed thus far.

But that first superstructure and the skeletal infrastructural notions that followed them won’t go away. Originally I wrote a first stanza, a sort of chorus that I decided would intersperse subsequent sections. Now it just sits at the top of the poem as a sort of testament to what it is that in performance fires the adrenaline and pops the endorphins. The rest – the narrative content, the pumped language and the form that contains it – keeps shifting every time I return to it. All that reiterates after the abandonment of one version after another is the drive to bring something into being. So here is how it lies across the page at this precise point in time…

Johnny walks the wire tonight. The walls expand;
oxygen pops in his blood; mercury climbs behind
his eyes. He curls his language out across the lights
to another riptide congregation. Sweat is the sacrament,
tears are the benediction, communion the key.

1.
Johnny is anonymous. Chrysalis days…
Johnny One-Note, tangled up in dreams and visions.
(“Moonstruck waster!” That’s what his father says.
”An education being pissed away”). Slung across
a stranger’s bed, he wakes into noonday light:
60 watts and flickering, filtered through
a bedsit shade. She’s done her best, he sees,
on student pickings: strung a map of Tuscany
across the kind of wallpaper that no-one ever buys
(it grows on loneliness, like fungus). She’s standing,
back turned, by the sink and brewing tea.
She’s wearing bare brown legs and Johnny’s shirt.
Turning, she grins the grin that would have hung out
the moon to dry last night, drunk or sober.
He grins back. Under a pile of dirty clothes,
an old guitar. He lifts it out, leans back
and tunes to open G:
I gotta mojo hand…

2.
Johnny on a scout hut stage…
Gerry’s daughter’s 9th birthday and Johnny’s depping
with Les Paxton’s covers band. “Do we know The Birdy Song?
Darlin’, of course we do. We wrote it!” Clicking in
a beat of four on his sticks, Les shouts, “Key of G!”
and in they go. Johnny watches the time go shuffling
round the wall-clock face while kids in Cinderella lace
and Batman blue careen around the floor like phosphorous.
A 20-minute break, a fag and a can of Foster’s. “This
is a piece of piss”, the singer says. “Fifty quid a man
for sleepwalking through horseshit. Stick with us, mate.
Beats rehearsing in your garden shed!”. Johnny sighs
and shrugs the Gibson back around his shoulders.
Just another 30 minutes ‘til the folded fivers, then
time enough for pie and chips, another can of Foster’s
and an early night. Johnny clangs eight bars of
John Lee Hooker bang into the middle of a disco set
and grins like a kid as the engine skips a beat:
Let that boy boogie-woogie. It’s in him
and it’s got to come out…

3.
Johnny is a sudden Baptist…
Lifted out of moil and toil by his gift of rapture,
a sanctified sinner in his bliss, dancing his art
before those first great gatherings, between
such humble walls, within such unconsidered streets.
But faces tip and spin like moons in moving water
and everyone’s a stranger, born again inside this
roomful of blues. Curling the notes like lemon peel
across the darkness, Johnny jigs and reels between
drum riser and a bassman on the nod. He snarls
like a jackal, cries like a child and a kind of wisdom
leaks like steam through the architecture
of the song: old shadows, smoke over fields, green
leaves in the river, someone else’s dream cut free
and floating like a cotton boll, blown by a shower
of notes through time and into the here and now.
Under strip lights, lost amongst the coiled leads
and boxed guitars, Johnny, cross-legged, smiling
like a Buddha, presses the last few acid drops
out of a sweated fretboard:
The blues are here to stay…

4.
Johnny is a buccaneer ashore…
Swinging down from the bus with hours to spare;
logistics in the car park for the crew: the amps,
flight-cases, drugs and booze. For the band,
some time to kill on High Street, Anytown. A cloud
of silver frames them here on land. The static
crackles; ozone tints the atmosphere. Heads turn
as they hit the bars. The girls who speculate (always
the one who stares you down, unsmiling, certain).
Guys who smoulder, hunched and lary – somebody
walking and talking the dream, so close, so near
the penumbra. They sniff the air, the moth-dust
hanging, breathing a draft of the other side. Johnny
watches the world through smoke – fag on, shades down.
An anthem chimes from the downhome jukebox.
Johnny’s fingers close around the tune. He grins
and shuffles to the rhythm, chewing out the words:
I’m a man, I spell M-A-N…

5.
Johnny stranded on dry land, a cod philosopher:
Too many lights and all too bright. Some girl who’s
seen it all gets busy with a powder brush. (Another
laid six lines of powder like a fateful hexagram
along the bar in Hospitality). Three fingers semaphore
a backwards countdown and the camera light blinks red.
Johnny is locked inside 8 million televisions. Every word
is sound turned into light; each syllable, however slurred
or hesitant, a bubble from the fount of truth. He muses:
it’s a pronouncement. He wonders: it’s a proposition.
His inquisitor – all permatan and silver thatch – grins like
the smiler with the knife and, with the world as witness,
he slices Johnny paper thin like Parma ham. And Johnny,
skinned and pinned to the electric wall, his sorry truths
and petty lies still drying under a studio sun, hides behind
his National steel and sings the blues:
All the friends I had are gone…

6.
Johnny as Christ self-crucified…
Ecce homo hanging high above the crowd, a Breughel skull
chinning his shoulder. This is the fable of blue veins,
the night sweats, needles and the damage done. No
bolt holes, cavities or accommodating shadows here
in the feasting hall. He’s stripped and pinioned,
trussed and trimmed like a gamebird and we’re diners at
the banquet. So it is, as ever, at the end of that crooked
path: from adrenaline dream, through days and nights
in which he ran his fingers raw and every inhalation fed
the shower of notes he blew before him, until under
months of a neon sun and a sulphur moon to slip and slide,
peep and hide while the music turned to dust and vapour.
And then one morning just like all the rest, in a white house
in a white room with a porthole in the door and keycard lock
on the other side, Johnny picks one-fingered at a keyboard:
a minor C, a steady climb, a two-bar rest,
and four notes down and then a hand-span resolution
wide across the major chord. Da capo then a steady
climb, a two-bar rest and four notes down and then
two hands, settling like wings across the octaves.
It’s dark outside when Johnny pushes back the chair.
Stars shining silver in a chain. A silence all around
the world. He sleeps and in his dreams that night,
a breve, a semi-breve, a minim, crotchet, quaver, semi-
quaver, linked and shining like that chain of stars. And,
when he wakes into the light, he spans the keyboard, walks
the short walk, long walk back towards the crossroads.
I got the key to the highway and I’m billed out
and bound to go. I’m gonna leave here runnin’
‘cause walkin’ is most too slow…

7.
Johnny as willing phantom…
More so now in age he walks like a man pacing out
his own shape in the ground. He whistles up the dog
and climbs the path towards the Dower House.
Security trips the switch: lights burst against
the dark like flowers. Ambushed by their blooming,
Johnny ducks, combat weary from the paparazzi wars.
He punches in the code, pushes at the Tudor door.
An owl hoots in the spinney. Johnny turns, breathes
deep and smiles into the night. Later, in his room
of blues, he reaches down the Gibson and brushes out
12 bars, unplugged, whispered, razor-thin, a chanted
chorus over and again:
It’s a long lane that’s got no end; it’s a bad wind
that never change…

I'm a post-retirement Drama teacher, currently working part-time. I have a grown-up son and daughter, three grandchildren and three young children from my second marriage. I write - principally poetry but prose too, both fitfully published. My poetry collection Ancient Lights is published by Phoenicia Publishing (www.phoeniciapublishing.com) and my translation of Blaise Cendrars' 'Trans-Siberian Prosody and Little Jeanne from France' (illustrated by my friend, the artist, writer and long-time blogger Natalie d'Arbeloff) is published by Old Stile Press (www.oldstilepress.com). I play bass guitar & bouzouki in the song-based acoustic/electric trio Moorby Jones, playing entirely original material. https://www.facebook.com/moorbyjones?ref=aymt_homepage_panel http://www.moorbyjones.net/) https://www.youtube.com/results?search_query=MOORBY+JONES spotify:artist:07MDD5MK9MnRGSEZwbsas9 I have a dormant blog with posts going back to 2004 at Dick Jones' Patteran Pages - http://patteran.typepad.com - and I'm a radio ham. My callsign is G0EUV
View all posts by Dick Jones →
This entry was posted in font. Bookmark the permalink.