Mr Moore lived on his own in a lean-to shack
(two-roomed and shingle-boarded) at the back
of the barn where Grandad kept his car.
Clad with roofing felt and thick with tar

that bubbled in the sun, the dwelling shrunk
into the lee of the outbuildings, sunk
deep in a reef of marigolds and nettles,
like the old shipwreck that tilts and settles.

Running through the light of the seamless days,
we children wound an orbit round pathways
of cinders, followed the beaten circuits through
bluebells and cabbage-patches, then we flew

back to the cottages when the old sun set.
The world was a restless sea, the sky a net
that trawled us through the seasons. Spinning time
was a circle dance, two hands that turned in rhyme,

rolling, trapped, around the Roman face
of Mr Moore’s Prince Albert watch. And time and place
conspired: late spring, a watch chain swinging
in the sun; our heads inclined to hear the singing

of the wheels. Snapping the brass lid shut,
he turned and muttered, “Tempus fuggit”. Cut
free from the web, we turned and reeled away
around the orchard tracks. And then, one day,

one June, I was curled inside his smoker’s bow
beside an empty grate. Outside the undertow
of low clouds hissed against the single pane,
rattling nettles, damping dust, a trailing rain

from the east. Granny plumped his pillows, twitched
the patchwork counterpane his wife had stitched
in the old queen’s days. Still as a log he lay,
dumb, dream-bound, and seventy years away

across the breadth of Vinson’s paddock, chasing
clouded yellows. Granny fussed, replacing
meadow flowers unnoticed, winding up
the lamp-wick, slipping the sill of a china cup

beneath his Kaiser Bill moustache. And coiled,
I lay in the cage of the hearthside chair, in oiled
darkness, breathing phantom fumes of black tobacco,
calcium tang of plaster and lime, scent-echo

of primeval caves. And behind the chanting
rain, a tenor voice called time, counting
down the seconds: the wall clock, stalking
shadows on one brass leg, soft-talking,

like the go-between whose tale is too important
to be shouted loud. This harbinger won’t rant
about decay, the end of worlds. So, doomed,
I watched and heard the hours unwind, consumed

by the oldest story. Mr Moore slept and I dreamed
for the last time. And how brief the story seemed –
the fable of the wheel that turns from light
to shade, from my midday to Mr Moore’s midnight.

From my collection ANCIENT LIGHTS. 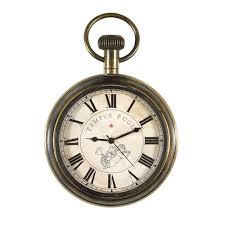 I'm a post-retirement Drama teacher, currently working part-time. I have a grown-up son and daughter, three grandchildren and three young children from my second marriage. I write - principally poetry but prose too, both fitfully published. My poetry collection Ancient Lights is published by Phoenicia Publishing (www.phoeniciapublishing.com) and my translation of Blaise Cendrars' 'Trans-Siberian Prosody and Little Jeanne from France' (illustrated by my friend, the artist, writer and long-time blogger Natalie d'Arbeloff) is published by Old Stile Press (www.oldstilepress.com). I play bass guitar & bouzouki in the song-based acoustic/electric trio Moorby Jones, playing entirely original material (https://www.facebook.com/moorbyjones?ref=aymt_homepage_panel + http://www.moorbyjones.net/). I play the same instruments in the Celtic/English/Americana/acoustic ambient trio Escher's Dream. I have a dormant blog with posts going back to 2004 at Dick Jones' Patteran Pages - http://patteran.typepad.com - and I'm a radio ham. My callsign is G0EUV
View all posts by Dick Jones →
This entry was posted in font. Bookmark the permalink.